A Community Affair – The Ivy House 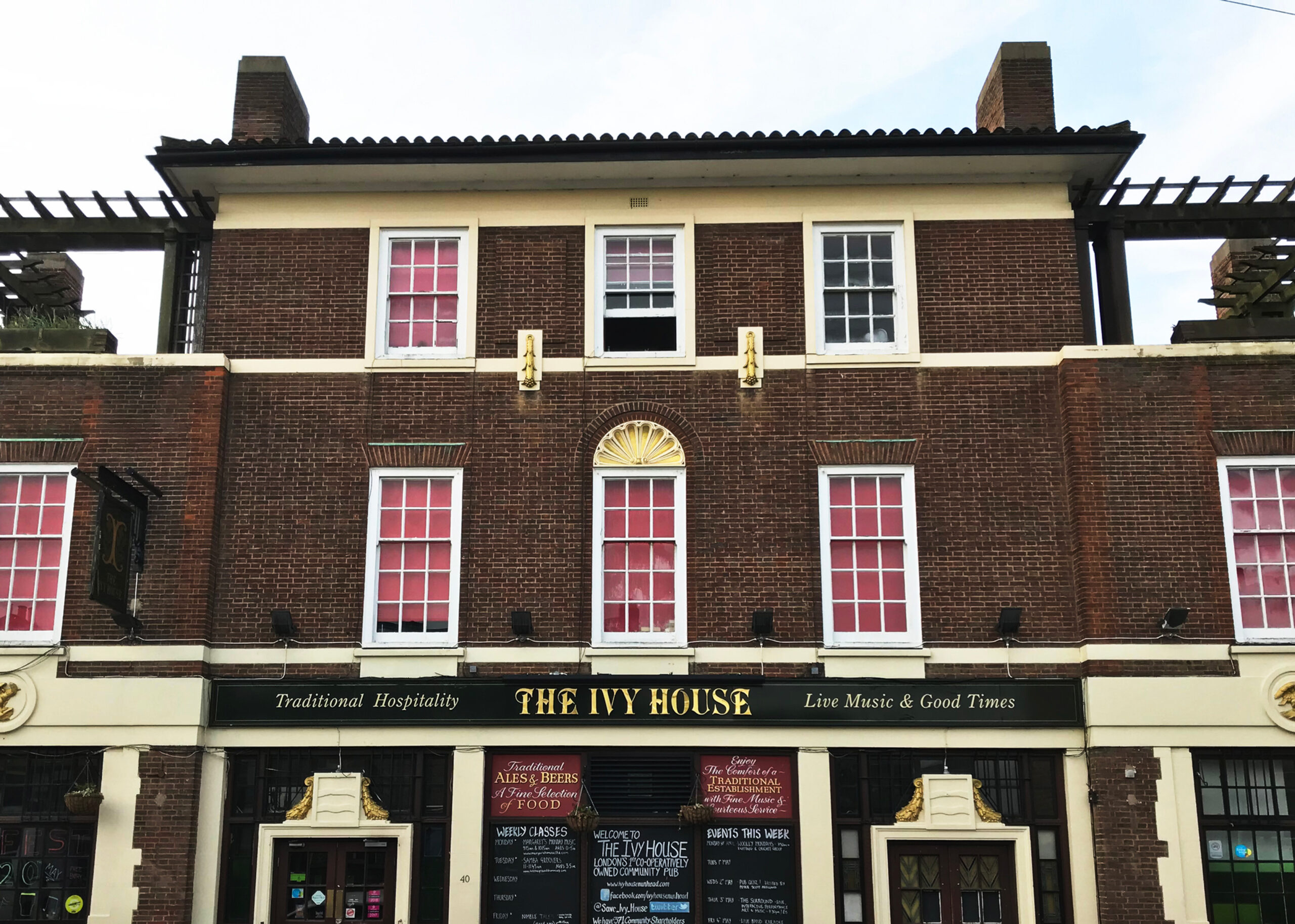 Music brings people together, from cavemen playing flutes around a fire 67,000 years ago to people singing from their balconies in the early days of the Covid-19 pandemic. Nowhere is this clearer that at The Ivy House, London’s first cooperatively owned pub.

Located in Nunhead, this pub has had several names and many owners over the years, but one thing has remained constant – a sense of community with music at its core.

The Ivy House started life as The Newlands Tavern more than 150 years ago, and after a rebuild in the 1930s, dance and music becoming a staple. It wasn’t until the 70s, however, that its musical career really took off. Truman’s brewery, owners of the pub, leased it to a young couple who quickly made it a major spot of the pub rock movement. In just a few years, they had hosted the likes of Joe Strummer, Ian Dury, Elvis Costello, Dr Feelgood, and many more.

By 2012, the pub had its current name, but then disaster struck – it was closed and sold, with plans to gut the interior and turn it into residential accommodation. Not willing to lose their local, the Nunhead community banded together to have their pub listed as an Asset of Community Value – the first of its kind in London.

The dedicated group then raised funds, bought the building, and since 2013 have run The Ivy House as a cooperatively owned pub, continuing its legacy with live music every Friday, jazz on a Sunday, and comedy and theatre on Thursdays.

TouchTunes Soundnet are dedicated to pubs and music. If you have the venue, we have the jukebox solution for you. Get in touch with Toby today on 07970 229124 and find out more

Next: Make Older Better With the V5