Introducing the very best jukebox in the world 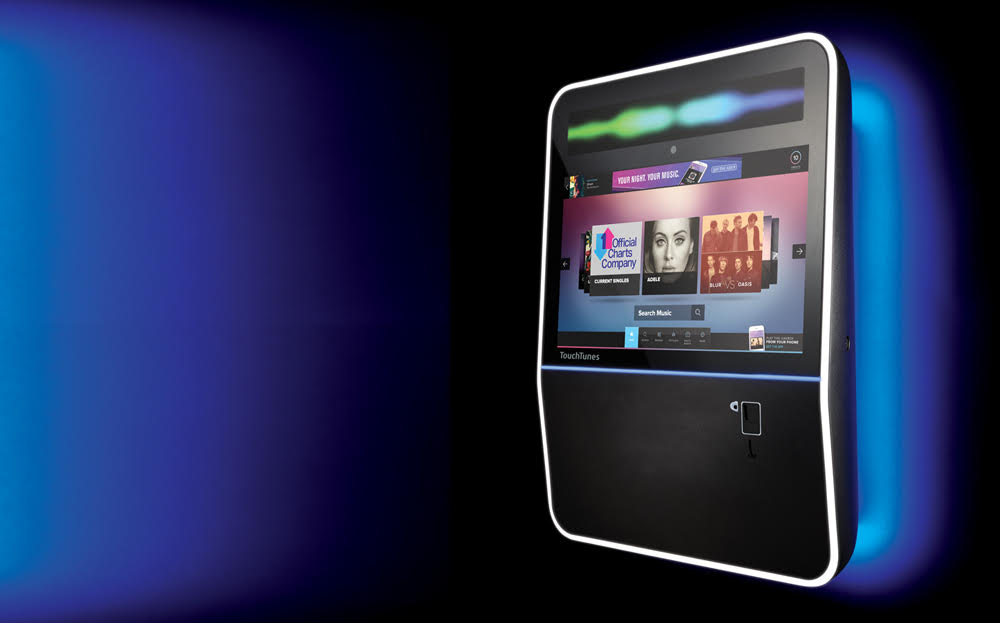 TouchTunes is using next week’s ACOS showcase to unveil the Angelina, the latest ground breaking jukebox from the world leader in digital jukebox technology.

Developed in conjunction with Sound Leisure to meet the specific needs of UK operators, the Angelina has the same top earning, consumer friendly interface as its predecessor, the Playdium, while also featuring a new contemporary lighting system that gives it a stand out presence in any location or environment.

Sales and Marketing Manager, Toby Hoyte, believes the Angelina is the most visually striking jukebox to have been launched in the UK.  He said:

“This is a really well designed juke which looks like something from the future.  The new lighting system quite literally puts other jukeboxes in the shade, making the competition look dated, tired and unattractive.  TouchTunes has really focussed on every detail, combining outstanding looks with Playdium’s proven interface and a new modular system with snap in parts which make servicing simple and straightforward. Offering access to over one million tracks the core objective is to drive cash box and TouchTunes has succeeded in once again raising the bar to create what I believe to be the very best jukebox in the world.”

“We have made the Angelina available on a range of flexible terms including deferred payments which can be spread over a three year term.  The 18 percent music deal means that operators only pay on the cashbox: there’s no risk involved which has resulted in the Playdium being used in all types of locations.  This business model enables operators to exceed the expectations of their customers and generate revenue for a site where a juke may previously have not been so profitable.  Our deferred payment option makes the upgrade of older, less commercial jukebox sites very affordable.”

Music is the core of TouchTunes’ experience, with millions of songs played daily across the network and a mobile app that lets users find nearby jukebox locations, create playlists, and control the music in-venue directly from their phone. TouchTunes is at the vanguard of new technology and is committed to generating income for customers throughout the supply chain.